These days the  lines for security screening at Amsterdam's Schiphol Airport are 3-4 hours long after check-in. Everybody sees that as a problem and criticism has been strong. The response has been to cancel flights and ask people to take into account the extraordinarily long waits and come to the airport even earlier. The reasoning goes something like this.

"Due to a shortage of staff the lines are extremely long. We are sorry about that but we promise that each and every one of you will get what you are lining up for. No, not the flight. That is not our responsibility. That is with the airline. From us you will get the security screening you are legally required to go through and then perhaps the permission to proceed forward. Sorry if you missed your flights. Please contact the airline for arrangements."

But is that the entirety of the promise? What are airports promising passengers at various points in their journeys? What are they not promising and why not? For security reasons we may hesitate to impose a limit on the time agents can take to complete the screening of a passenger or bag. But should there not be a limit on the length of the queues that are allowed to form? Passengers have a contract of carriage with airlines and with a rather lengthy fine print. But with airports there is no fine print because there is no contract in place even though passengers pay all sorts of airport fees and taxes.

Why has one of the most admired airports struggled so much this summer? Even after accounting for the long-term effects of the pandemic the failure at Schiphol has been beyond wildest expectations. Why didn’t years of investments in improving flow of passengers prevent this from happening? That includes a project funded by the European Commission. Aside from poor strategic decisions airport companies made during the pandemic, how else was the critical path from check-in to boarding already compromised? What aspects of the problem we are seeing today were actually unforeseen?

But London Heathrow airport has suffered as well leading to a dramatic confrontation with Emirates. The airline refused to cancel flights during peak season, unlike KLM at Schiphol. The struggles of these two airports and others in the United States have exposed structural flaws not only in the designs of infrastructures and services but also the underlying contracts and agreements. There are several types of promises that provide structural support for the airline ticket. Each type of promise is prone to certain kinds of failures.

Seeing problems differently is the first step to solving them  differently when past efforts have failed. But the eyes only see what the might is prepared to comprehend. Thus new ways of thinking are required. Public services such as airlines and airports are designed not for persons but for populations. The idea of big improvements through smallest possible changes is something beleaguered airport, airline and state officials can also get behind.

The team at Structural has started an investigative analysis of the failure at Schiphol. We hope to complete the analysis by the end of August. After presenting it to our sponsors, we will make the analysis (or at least parts of it) available to the public. We will also give a talk and run a workshop on it at a conference on service design in Barcelona, Spain. 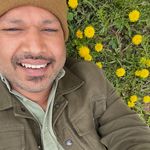 Majid is the founder and managing director of Structural and the original creator of the language for designing contracts and services. He has background in industrial engineering.
Utrecht